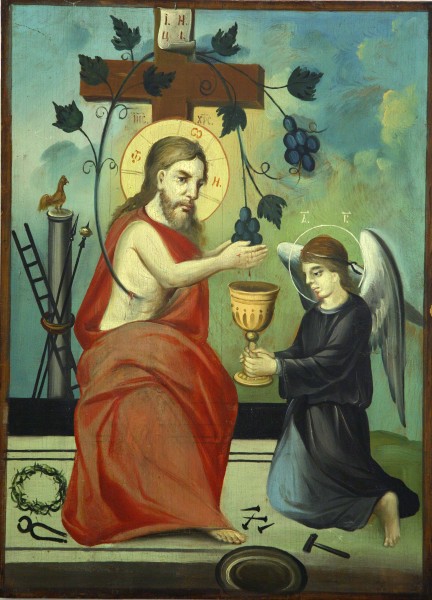 For the Orthodox Christian a portable icon is not an autonomous work of art, but rather a basic and inseparable element of divine worship and liturgical life. It also expresses essential principles of church dogma, based on the theology of the icon, the principal exponent of which in the age of Iconoclasm was St. John of Damascus (ca. 676–745). The iconoclastic controversy, it should be remembered, convulsed the Church and disrupted the Byzantine Empire, and while this movement prevailed it was forbidden to decorate churches with figurative subject and to make or venerate portable icons.

The iconoclastic controversy was settled when the 7th Ecumenical Council formulated the doctrine concerning icons (787), and with the triumph of orthodoxy over iconoclasm, marked by the institution of the Feast of Orthodoxy to commemorate the return of sacred images to the churches (843), the icon assumed a prominent place in the liturgical life of the Church and in private devotions. Basing itself on the doctrine of the incarnation of Christ, the 7th Ecumenical Council adopted the fundamental position that the icon is a testimony to that incarnation and proclaimed that “we make icons, but we do not deify them, knowing that they are only images and nothing else, for they have the name only of the original and not the essence”. The Council described the “honor and veneration” to be accorded to icons – which “passes to the prototype” (St. Basil the Great) – as a “sanctioned and godly custom and tradition of the Church, a devout demand and need of its flock”. The veneration of icons has been an essential characteristic of the Orthodox Church ever since, for, as Tarasius, Patriarch of Constantinople (789–806), noted: “It is acceptable and well-pleasing before God to venerate and salute pictorial representations of the divine providence of our Lord Jesus Christ and the immaculate Mother of God and Ever-Virgin Mary, the holy angles and all the saints…”.
http://en.iconskarakallou.gr/
στις 17:04