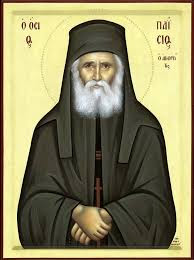 In fact, I would like to tell you something else that has not been recorded anywhere.  Neither has what I have already told you been recorded anywhere.     A theologian visited Mt. Athos who had some theological concerns about one of the hymns of the Church.  In fact he visited during the first fifteen day period of August when we honor the Holy Mother of Jesus.  There were five pilgrims in this group visiting the Holy Mountain.  He was telling his fellow pilgrims the following: “We chant the following; 'Oh you Apostles from far away are called together to come to the village of Gethsemane to bury my body’.  This theologian said to his friends: 'is it possible for the Apostles from the far reaches of the world to be brought together to be present at the funeral of the Holy Mother? I cannot believe that.  I respect the Holy Mother but that I cannot believe that happened.  Maybe the Apostles were present at the burial in thought or with their hearts but not physically present.”
Read more »
στις 18:44 No comments:

WHY DID CHRIST HAVE TO DIE FOR US? 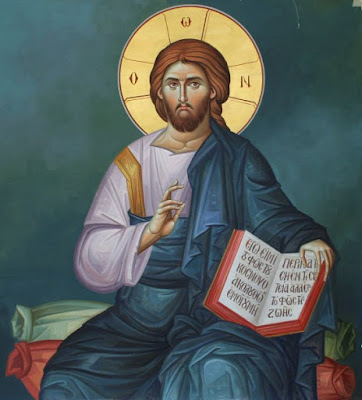 Why did Christ, the most and only Innocent, have to face the worst form of death, the death on the cross, in order to reconcile man to God the Father?

Did Christ truly rise from the dead?
What would our lives have been if Christ had not died for us?

In order to understand the importance of Christ’s Sacrifice, one must know the reason for His coming into the world. In accordance to Holy Scriptures, man was formed by God out “of the dust of the earth” (Gen.2:7) and was made in the “image and likeness” of God (Gen.l:26). Man was placed as the King of all Creation in the Garden of Eden (Gen.2:8). Man was made in the “image” right from the beginning and had the ability to achieve the “likeness” of   God   through virtues and perfect obedience to God’s Will.

Man was made by God to live a godly life on earth. The first man had no obstacle to God’s knowledge and could see through his purity the Word of God with his logic. Being made by such and Holy God man lived in a sinless condition and received the voice of conscience. Man was able NOT to sin, but at the same time had the freedom to sin. Sin was not in man’s nature, but in his free decision. In other words, in how he would use his free will.

Man before the fall, was in full harmony with God’s Holiness and was proceeding towards the destiny of being in the “likeness” of   God through obedience and holiness. In Adam all virtues were not complete, nor was holiness permanent and fulfilled. Adam’s original state, before the Fall, was a condition of Grace living in God’s presence. Man was called not only to remain in such a state, but to progress in virtues cultivating his free will with God’s assistance.

ECUMENISM IS DOMINATED BY UNCLEAN SPIRITS* 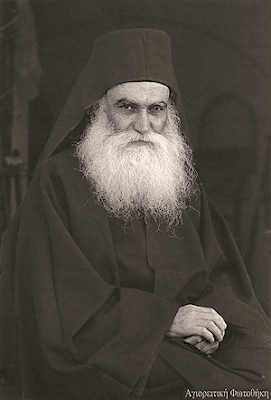 Elder Ephraim of Katounakia
ECUMENISM IS DOMINATED BY UNCLEAN SPIRITS*
Fr. Ephraim’s attestation to professor Demetrios Tseleggides
In what follows, I will say something that pertains to a personal deposition. I was associated for entire decades with Fr. Ephraim of Katounakia, of renowned ethos and conscience. Also renowned was the fact that he also possessed a “spiritual television”. As for me, I had gone to him on many occasions with the intention of posing certain very specific questions, in a specific sequence, and using my own vocabulary.  When I did visit him, and without having posed any of my intended questions, he gave me his replies, in my intended sequence, and with my vocabulary. I am mentioning this as a personal experience; it is not an unprecedented phenomenon - it has been experienced by many others also.
There was one time when – as a young professor at the School of Theology at the time, about thirty years ago – I had mentioned the following to him. Given that the clime of Ecumenism has also been flourishing in the School of Theology - especially that of Thessaloniki - I had certain nagging problems and questions, because I could see it being represented by otherwise respected professors. Naturally, both my conscience as well as my learning had reacted against it, however, I desired – beyond my scientific status – to also obtain a charismatic reply, which is something that I did for many other issues.
So I asked him on the matter in hand - if he could tell me what kind of thing Ecumenism is.
He replied outrightly and without any difficulty:
«This question, my child, had also been posed by someone else, some time before you.  I myself have been up here on these rocks for forty years... I have even forgotten my Greek (note that he had completed Middle School) and as such, I haven’t preoccupied myself with that issue.  But, because I had to reply – seeing that I had been asked about it, and since I had no knowledge of the matter - I went to my cell and prayed, asking Christ to inform me what Ecumenism is.  I received His reply, which was that Ecumenism has a spirit of wickedness and is dominated by unclean spirits».
So I asked him exactly how that was verified.  He replied that «after praying, my cell became filled with an unbearable stench, which caused my soul to feel asphyxiated; I couldn’t breathe spiritually».
I asked him if that had been an extraordinary event for him, or if that was the way that Christ responds in analogous cases, and he assured me that «in all the cases that are involved with sorcery, with unclean spirits, that is the state in which He introduces me.  Sometimes there is a spoken response, but in the present case, that was His answer and I have the absolute certainty that Ecumenism does not have the Holy Spirit, but the unclean spirit».
What I am saying at this moment one might say has the character of intentional impressions.  But I want to inform you that I was overjoyed, because what the Elder had told me in person, I had also seen recorded by his pious retinue, who had published an honorary Tomos (Volume) about his person, his spirituality and his words. So it has been certified in there as well, but it has also been verified with other, trustworthy theologians, who likewise happened to have heard it personally.
I had not publicly mentioned this until now; but things have taken such a turn, that I am obliged to bring it up.  Of course it had played a decisive role in my stance towards Ecumenism.  As a professor, a scientist, I am naturally obliged in every case to examine the matter with scientific criteria and to substantiate my viewpoint scientifically – and that is what I do in my classes also, step by step; however, I regard this deposition to be significant, because it was delivered in a charismatic manner by a man who knew nothing about the issue. He had never read, never heard of it, and yet, he deposited his direct spiritual experience.  I think that things speak for themselves here.
============
* From the book «Holy and Great Synod of the Orthodox Church - A Synod lacking in synodicity and Orthodox self-awareness», 80 pages, size 17x24 cm., publication by «Synaxis of Orthodox Romaics “Fotis Kontoglou”», Trikala, March 2016.  This book is the transcript of the 3-hour program of the conversation between the manager of the Piraeus Church Radio Station, Mr. Lykourgos Markoudis and professor Demetrios Tseleggides
Translation by A.N.
impantokratoros.gr
στις 18:27 No comments: