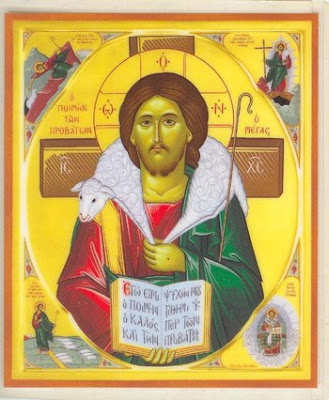 By
His Eminence  Metropolitan Panteleimon of Antinoes
Matth. 18:23-35

One of the basic Teachings of our Orthodox Christian Faith is the Teaching which concerns the Second Coming and the Last Judgement of the entire world by our Lord and Saviour Jesus Christ, the Son of God.  According to this, our Lord Jesus Christ will come again to judge the living and the dead.  This Second Coming will not be as humble as the first appearance, but will be glorious and awesome. The Lord will be accompanied by numerous angelical hosts and will sit on a Throne to judge all the works of men.  Nothing can be hidden from the flaming eyes of the Just Judge, who will judge with justice all the works of men, those which were done in secret and in public; and no one can hide or avoid this terrible Day.  Our deeds, words and thoughts, even our most secret emotions and desires will be exposed before the entire universe, men and angles, in order that each and everyone receive their reward or punishment.

Thus, in today’s Gospel reading, our Lord Jesus Christ assures us about the reality of this future event and spoke about the Parable of the King who wanted to receive an account from all his servants.  During this meeting, one of the servants was found to be in debt with ten thousand talanta.  The servant was in terrible situation, because he was unable to repay his Master.  The King order immediately to arrest the servant’s wife, children and all his belongings, he himself to be thrown into prison until he repays all he debts.

The poor servant, at the hearing of his Master’s decision, seeing his catastrophe, fell down to his knees and beseeched his Master’s mercy and philanthropia, promising that, if he will give him a second chance he will repay all his debt.  The Master showed mercy and released him from all his debts.  Now, he doesn’t owe anything.  Everything has been wiped clean away.

Full of joy, the King’s servant went out from the royal room and met with another fellow servant who owed him a very small amount of one hundred denaria.  As soon as he sees him the evil servant grabs him by the neck and demands the repayment.  His fellow servant begs him to give him a small time in order to repay his debt.  But, the first servant proved to be bitter, cruel and had no compassion towards his fellow servant and threw him into prison.  The other servants, seeing all that took place, reported to the King, who became very angry and recalls his previous decision, and imprisons the evil servant and seizes all his belongings.  Our Lord closes this Parable with the assurance, that the same will happen to each and every one of us, if will not forgive with all our hearts the mistakes of our fellow men.

In our daily life, many times we sin against God.  With words, thoughts and deeds we fail to keep God’s Commandments and thus we sin. If we take in consideration our daily sins which we commit against God, we will realize that they become numerous, as myriad talanta, an amount which we cannot pay off, because we are unable to offer something valuable in order to receive the forgiveness of our sinful actions.  Only God’s mercy can free us from our debt.  Only the Heavenly King, Christ our God, who is the only Just Judge, through the Holy Sacraments which He Himself established and delivered to His Orthodox Church, can the sinful man find the forgiveness of his sins.

Our Lord and Saviour Jesus Christ after His glorious Resurrection gave this authority to His Holy Apostles, in order to forgive or to bind the sins of men.  This authority the Holy Apostles passed down to the Bishops and they to the appointed Priests.  So, if we do not receive forgiveness of sins in this life, then our evil deeds will follow us in the after life, where we will be strictly judged, because we avoided using the Grace of God in this life.

But, a very serious presumption in order to be forgiven is to forgive all those who trespassed against us, either with their words or deeds.  If we forgive them, then we will be forgiven by God.  If we do not forgive our fellow men, then God will not forgive us.

Many come to Confession, but they do not forgive their fellow man.  In this case, one must realize that their sins are recalled and, if they remain without repentance, they will be judged more strictly by the Just Judge on the terrible Day of the Final Judgement.  This is the message which today’s Holy Gospel assures us.

So, we must repent and sincerely confess our sins, and simultaneously forgive our fellow man and practice God’s Commandments. Then, we will be assured that the God of mercy and love will embrace us and will grant us His forgiveness and eternal Kingdom.
στις 00:01