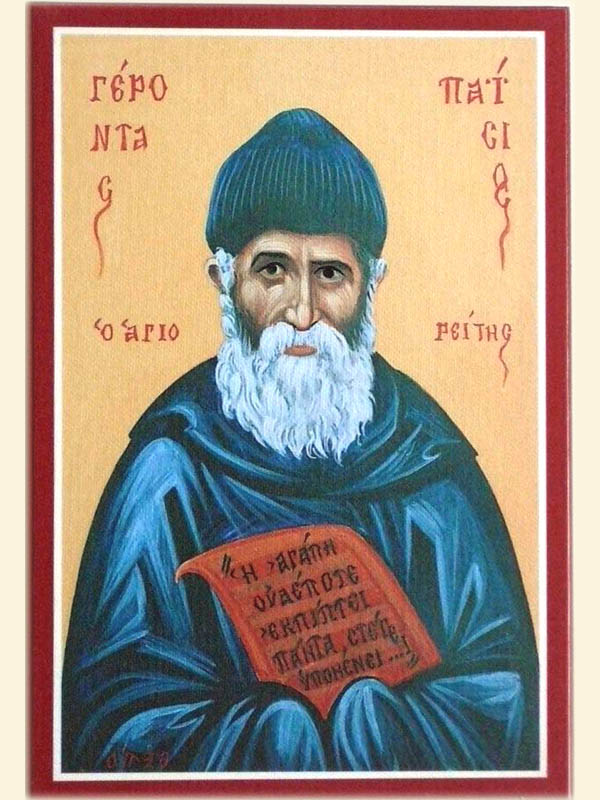 The love of the Elder Paisios for the whole world is well known.  The Elder has helped a whole host of people before and after his physical death.  But the question is from where did he receive his ability to help people and to perform miracles?  He received this heavenly power through his fervent prayers to God.
The following prayer of his was given to a convent which had asked the Elder for a prayer rule that could be used by the nuns in their evening vigils.  This directive was given to the nuns during the final years of his life.  The main emphasis of this prayer is his profound love for all of humanity.
This prayer can be used by every Christian believer since it takes in all the issues of life that need our prayers.  Even the children can understand it easily since it is expressed in simple words.  It can be used by families during their evening prayers.
Our Lord Jesus Christ:
Do not abandon your servants who live far away from the Church.   May your love convict them and bring them back to you.
Lord have mercy on your servants who are suffering from cancer.
On your servants who suffer either from small or serious ailments.
On your servants who suffer from physical infirmities.
On your servants who suffer from spiritual infirmities.
Read more »
στις 22:10 4 comments:

On Piety, Order, Accuracy, and Respect toward the Venerable Fathers 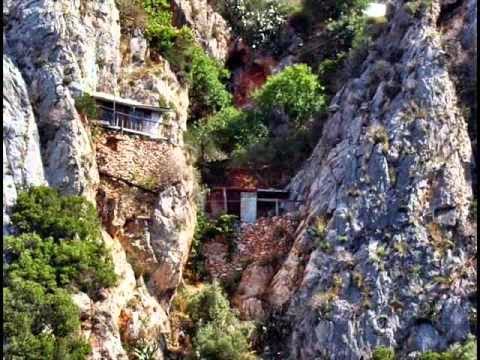 The fathers of earlier times were pious, careful and strict. They were unconcerned about their outward appearance, their face and hair, caring not whether their face or hair looked good. Their rasos were short. They kept their heads down with piety and respect and avoided a direct gaze at anyone's face. They were shy. They did not converse or laugh. In the church they wore slippers.
Once the monk Modestos had a new pair of shoes that made a noise when he was walking. The other monks called to him and asked that he wear the new shoes when he was at home and the old ones in church.
"We were afraid to look up at the elderly fathers an ascetic said, meaning that there was fear, respect and piety towards them. "It used to be so. How is it now? O what times these are!"
Elder Antonios the Kafsokalyvitan was a perfect example of order and exactness in Agioritan rules. He was a pious monk, simple and humble. He was always uttering "God bless," or "may it be blessed," or "through the prayers of our Holy Fathers." He always wore his raso. All the elders remember him with nostalgia.
Once we asked an ascetic who was over eighty years old to tell us something that would benefit us, about the fathers of the past. He then replied laconically: "What can I tell you? The past fathers were different. They were pious."
There was a blessed group in Vigla's hut of the Three Holy Children. The pious elder M. from Kerasia told me all abol this group. Their elder Dositheos was very strict. The mo senior subordinate to him was the monk Agathodoros.' most pious of all was Father Akakios, who had a beard which reached to his waist. He predicted his own death, and mo of the time he had tears of joy in his eyes. When there was a visitor he would sit down with his hands crossed. The were all reverent and silent. Only the elder would speak. "I dead person does not do anything," they would say. Until the elder told them to do so, they would not offer any thin to their guests. They knew nothing of anger. They judged no one. They were filled with inner prayer, joy, happiness Even in their sleep they saw Christ.
On the eve of a monk's tonsure, the ever memorable] hegumen Gabriel ate olives. For that reason, the tonsure was postponed, as he told us. He should have eaten on plain bread, as he did the following day, even though it was the feast of the Annunciation.

HOLD ON TO OUR FAITH WHICH IS ETERNAL AND DEFINITE 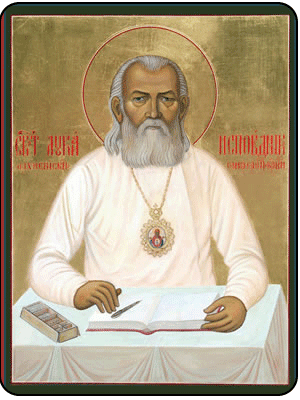 Can scientific study tell us how the great prophet Isaiah foretold the most important events in Christ's life 700 years before His birth? Can it explain the saints' gift of clairvoyance and tell us through which natural methods they acquired this grace and how they were able, as soon as they saw someone, to understand their heart and read their mind? Without waiting for a question from their visitor, they would give them an answer to what was troubling them. Let them explain to us how the saints foretold great historical events that later took place exactly the way they had prophesied...
...Do not be scandalized when you hear what is said against our faith, since the ones that say these things do not comprehend its essence... Always remember the fundamental principle that the first Christians knew well. They considered miserable the man who had knowledge of all the sciences but had no knowledge of God. Contrarily, they considered the one who knew God blessed, even if he knew nothing of what pertains to man.
Guard over this truth as if it were the greatest of your heart's treasures. Proceed forward and do not look to the right or to the left. Let not what is heard against our faith make us loose our way. Let us keep our faith which is an eternal and definite truth. Amen.

Teachings of Saint Luke of Crimea 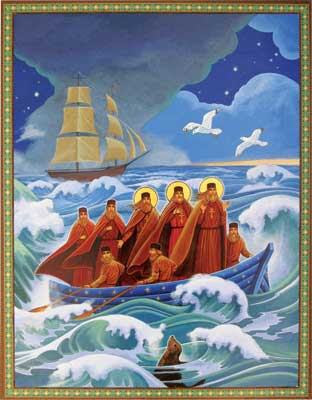 A stylized icon of the First Alaskan Mission (1794). Leaving Russia, their monastery and their ship, Sts. Herman, Juvenaly and Ioasaph come ashore, bringing the Orthodox Faith to the New World.
στις 00:12 No comments: