"All Roads Lead to Rome" 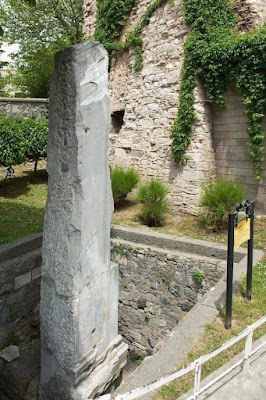 "ALL ROADS LEAD TO ROME" is a well-known saying. It is thought that it was said for Rome, the capital of Italy.
But what is meant is Rome, "Nouva", that is, "New Rome", that is, "Constantinople", that is, "Istanbul".
Byzantine Emperor Constantine the Great (272-337) set out to make Byzantium, where only five thousand people lived, the capital of the Roman Empire and to create a new city in 324, and started by dividing the seven-hilled city into 14 regions.
A large palace (Imperial Palace), Senate Palace, Hagia Irene Church, Church of the Holy Apostles (today there is Fatih Mosque), Hagia Sophia (it starts but cannot be finished), a hippodrome with a capacity of 33 thousand people, an aqueduct, a square decorated with statues bearing its name (Çemberlitaş), a square is built in the name of his mother Augusteum and the city is decorated with ancient works of art brought from all over the country.
In order to protect the city, the old city walls were demolished and the Constantine Walls, of which no traces remain today, were built. In addition, starting in front of Hagia Sophia, a large boulevard (today's Divanyolu Street) opens with the name "Oak".
After six years of activity, a magnificent and modern city emerges. With a great ceremony on Monday, May 11, 330, Byzantium became the Capital of the Roman Empire and the city was named Nuova Roma (New Rome) by the decision of the Senate. It is celebrated with great ceremonies.
When we go back two years, that is, during the construction, one day, the chief architect Leontius says to Emperor Constantine:
- Your Majesty! We have reserved the area of ​​the Church of the Holy Apostles for the residence of relatives of the imperial family, senators and dignitaries. The area reserved for the public is between the small port and the big port. Both the small port and the large port are reserved for traders and sailors. In the following years, the settlement will continue in its own medium. However, I must make one more point. In our opinion, Byzantium should be made the center of the world. First of all, there is a stone called "Million", which is still preserved in Jerusalem and considered sacred because it was touched by Jesus. It would be appropriate to bring this stone and place it in front of the ruined temple (there was no Hagia Sophia at that time). The place where the stone is located should be counted as (0/Zero) point in the world and all distances should be measured from this point. If this happens, an office will be built right next to the stone. The job of this office will be to sell applicants maps showing the distance and routes from that point. To give an example, the passengers and caravans going from Byzantium to Antiochia (Antakya) will come from here and buy maps and will know how to go to Antiochia (Antakya), by which road and in how many days. In addition, accommodation places will be marked on the roads. Thus Byzantium will become the center of the world...
Indeed, that's exactly what happens.
The million stone is brought from Jerusalem.
It is placed opposite Hagia Sophia.
Until 1453, the place where that stone was found is now the (0/Zero) point in the world.
For this reason, the phrase "All Roads Lead to Rome" was used for Nouva Roma (New Rome), that is, Constantinople, that is, Istanbul.
- Radi Dikici (Bizans İmparatorluğu Tarihi/History of the Byzantine Empire)
By:http://apantaortodoxias.blogspot.com/2022/06/all-roads-lead-to-rome.html
στις 15:55 No comments:

Advice for parents from elder Porfyrios 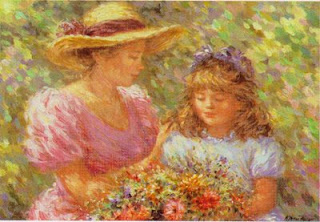 Today we put before you the words of one of the most inspiring elders of our times. The late Elder Porphyrios was a monk from Mt Athos who, for health reasons, had to leave Mt Athos, and ended up living in the heart of Athens for most of his life. In 1926, and at the age of twenty, he was ordained a priest by the Archbishop of Sinai, Porphyrios III, who gave him the name Porphyrios. At the age of twenty-two he became a confessor and spiritual father. Due to his extreme humility and obedience he received early the gift of spiritual discernment i.e. a type of clairvoyance. Below we provide his invaluable and insightful advice to parents on parenting issues.
What saves and makes for good children is the life of the parents in the home. The parents need to devote themselves to the love of God. They need to become saints in their relation to their children through their mildness, patience and love. They need to make a new start every day, with a fresh outlook, renewed enthusiasm and love for their children. And the joy that will come to them, the holiness that will visit them, will shower grace on their children. Generally the parents are to blame for the bad behaviour of the children. And their behaviour is not improved by reprimands, disciplining, or strictness. If the parents do not pursue a life of holiness and if they don’t engage in spiritual struggle, they make great mistakes and transmit the faults they have within them. If the par­ents do not live a holy life and do not display love towards each other, the devil torments the parents with the reactions of the children. Love, har­mony and understanding between the parents are what are required for the children. This provides a great sense of security and certainty.
The behaviour of the children is directly related to the state of the parents. When the children are hurt by the bad behaviour of the parents towards each other, they lose the strength and desire to progress in their lives. Their lives are constructed shoddily and the edifice of their soul is in constant danger of collapsing. Let me give you two examples.
Read more »
στις 14:40 No comments: