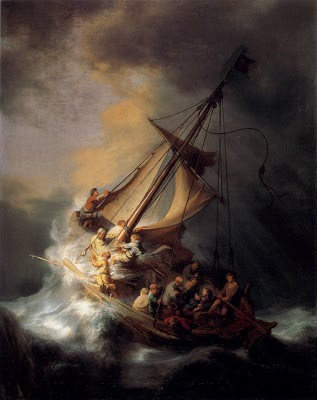 There are always some bad moments in our lives. A bad moment is when we decide to do something wrong, commit a sin. Bad moments are those when we decide to steal, be unfair, denigrate someone and lie to the detriment of a fellow human being. Bad moments are those when we aim at splitting up a married couple, destroying a household or killing someone like an innocent and helpless embryo during its first days, or a baby during its first hours of life. A bad moment is when we betray our benefactors.

A good moment for the prodigal son was when he took the big decision to return to his father. What a sweet moment that must have been for the prodigal son, «l will get up», he said, «l will get up and go back to my father. I will fall at his feet and say to him: My father, I sinned before you and before God. I am not worthy to be called your child. I betrayed you and hurt you. I will arise and go to my father». (Luke15:18). And truly he got up and took the way back along the road of repentance. He returned to his father and did exactly what he had planned in the distant country where he had lived in dissoluteness. He fell at his father's feet full of repentance and contirion. In tears which nearly drowned his feeble voice he asked his caring father to allow him to be, not a child, but a humble and lowly servant of his household. A servant who would be able merely to stave off his hunger and thirst. Nothing more. But the big heart of the father forgave all of his child's past prodigality. Before his child's overwhelming repentance the troubled father wrote his sorrows in water and wind and welcomed his child back. Not as a servant, as the child himself had asked, but as a child.

And then something even greater happened in the father's household. There came happiness and a feast was at hand. All the servants were put on alert and started rushing back and forth to prepare the feast. One servant brought the prodigal son's robe, a second servant brought his sandals, while a third servant brought the ring as a symbol of the son's eternal bond with his father. The fourth sevant slaughtered the fatted calf while others were cleaning the house and did various other chores. Such happiness had never been seen in the household for a long time. These were good moments, very good moments, when the prodigal son decided to leave behind him all prodigal living and return to his father.

Such moments can also be seen in the lives of contemporary prodigal children. There was once a young woman who was living very comfortably in a large village. Her parents were very proud of her because she was very young, honest, pure, humble and discreet. But the Devil tricked her into sin, through her peers who exerted a negative influence on her. What terrible effects indeed bad peers can have on a person. This simple and unassuming village girl started to paint and cut her hair thinking she would be fashionable. Let us presume behaviour like that doesn't do any harm. But alas she went even further. She started wearing short dresses and then started wearing trousers. Let us presume even that doesn't really matter. She went even further. She started drinking ouzo (strong alcoholic beverage) and smoking.

But does that not matter either? Let us presume so. Unfortunately, however she kept on compromising her morality. A rock that rolls is not sure to stop. She then started relationships with boys. At first only on a friendly level and then in a more involved way. And then came her first fall. The first moral defeat. So what happened then? What could happen? She started staying out late at night at various clubs until one night she didn't go back home. She «journeyed to a far country» as had the prodigal son. Her poor mother could not find consolation. Her life was full of lamentation.

Fortunately, however the mother was a faithful woman. Enlightened by God she did the following: she found a photograph and with great pain she wrote behind the photograph: «My daughter, your Mother is waiting for you». She then went to the big city where her daughter was residing and found the club her daughter was frequenting. She hung the photograph on the wall and went back to her village. She waited. Many people saw the photograph but did not pay any attention. But when the prodigal daughter saw it, the miracle that the troubled mother was praying for, occurred. The daughter was overwhelmed. She fell down and started to cry. And while she thought of her Mother's word: «My daughter, your Mother is waiting for you», she would cry and lament even more. Then came the good moment for the prodigal daughter. Full of conviction now she whispered: «Mother, I am coming back». And she did go back. She returned and fell into her mother's arms bringing great happiness back to her household in the same great manner as the prodigal son.

One more story and we will finish. A story with good moments in it, too. Here, the prodigal figure is not a young man or woman. Here, the prodigal figure is an old man. The Devil tricks not only young people but old people also. This old man was living prodigally for many years. He was living prodigally by being a gambler, drunkard and engaging in all other types of corrupt behaniour. Many times he would abandon his wife and children, living here and there. He passed his fifty years of age. He became sixty and yet he was still living prodigally. However, at the age of sixty three his good moment came. At that age he had read a religious pamphlet which inspired him. He was moved to tears as if he were a young child. He cried for hours and then for days. Then he eagerly sought a confessor and after having confessed his sins felt relieved. In that manner he put an end to his sinful ways and returned to God. Unfortunately though he did not live for many more years to take pleasure in his new mode of living. He died at the age of seventy.

Before he passed away he asked his relatives to engrave the following words upon his grave: «Here lies a man aged seventy who only lived for seven years». The seven years that he had lived close to God.