The painters of these feathers are outstanding but the message below is even better. 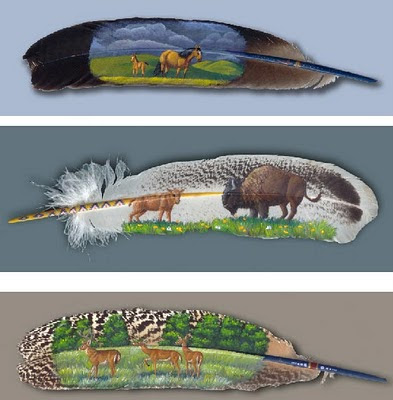 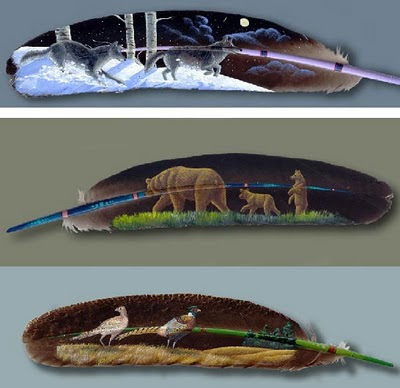 God's Wings
A little something to put things in perspective, after a forest fire in Yellowstone National Park , forest rangers began
their trek up a mountain to assess the inferno's damage. 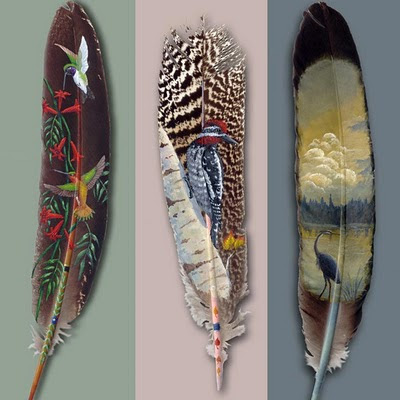 One ranger found a bird literally petrified in ashes, perched statuesquely on the ground at the base of a tree.
Somewhat sickened by the eerie sight, he knocked over the bird with a stick. When he gently struck it, three tiny
chicks scurried from under their dead mother's wings. 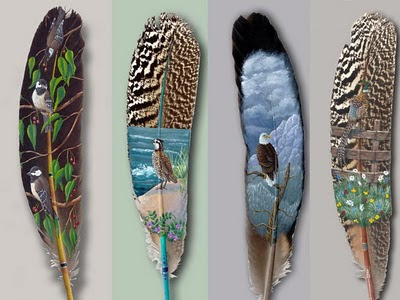 The loving mother, keenly aware of impending disaster, had carried her offspring to the base of the tree and had
gathered them under her wings, instinctively knowing that the toxic smoke would rise. She could have flown to
safety but had refused to abandon her babies. 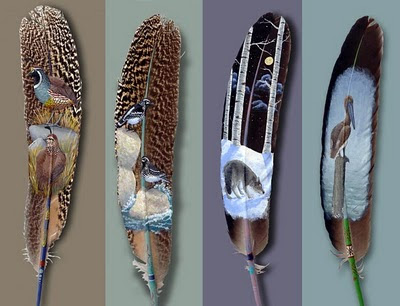 Then the blaze had arrived and the heat had scorched her small body, the mother had remained steadfast
because she had been willing to die, so those under the cover of her wings would live. 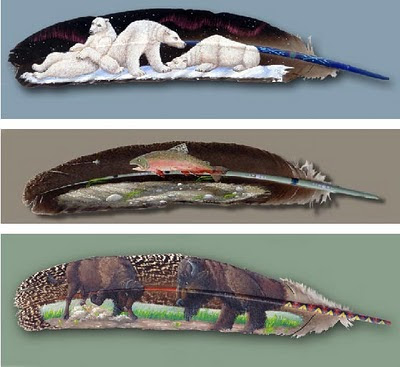 'He will cover you with His feathers, and under His wings you will find refuge.' (Psalm 91:4) 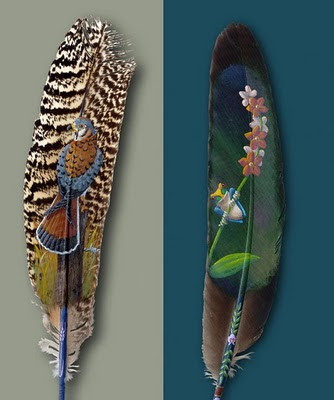 Being loved this much should make a difference in your life. Remember the One who loves you, and then be
different because of it.
στις 01:14