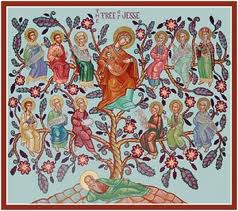 By   His Eminence Metropolitan Panteleimon of Antinoes

Through the Old Testament’s prophesies, the Lord Almighty prepared mankind to receive the Messiah, Who would be God Incarnated. He would had dwelt and lived amongst men. God promises Moses, that He will built His tent amongst the people of Israel, and that He will be their God and they will be His people (Lev. 26:11, 12). The prophet Isaiah, more than any other prophet, foretold that God will take up human flesh and, as the God-Man, will live amongst men. Even the name ‘Emmanuel’, which was given by the Angel means: God is with us.
Man cannot know how God became man. Man’s mind cannot understand the depth of this “great mystery”, in other words, how God was incarnated as a perfect man and simultaneously His human nature had received the fullness of the Deity within it, without the two Natures being confused or mingle or mixed.
God the Word took up all the human nature, but without sin. The human nature is receiving all the Hypostasis of God the Son and Word and at the same time the Son remains inseparable from the Father and the Holy Spirit, filling all Creation with His Divine presence. He is presence not in partial, but as the whole God in all Creation and in all parts of the Creation. To this All-presence of the Word of God the term “Emmanuel” is expressed, which means God is with us.
The presence and dwelling of God amongst men is the presence of salvation and the source of God’s Gifts and Charismata. The presence of God the Word in man’s history was an offering of redemption, which man so desired and could not find on his own. God the Word with His Incarnation brought the Heavenly Kingdom of God to men and is extended in eternity. God had to come in a physical manner to enlighten man’s mind through His Teachings. With the sanctification of the human nature, Christ could free it from the bondage of the sinful passions. Man’s mind and heart would have been cleansed from the stain of sin and he would become free from the tyranny of guilt and death itself.
With the Incarnation of the Word man’s relationship with God the Father has been restored and men are worthy to become, through Grace, ‘sons of God’. The Incarnation of the Word of God opened Paradise and ended the authority of Satan. For the Nativity in Bethlehem of Judaea had to take place, in order that the Sacrifice on Golgotha be realized.
Mankind, after the Fall of the first-created, was enslaved completely to sinful passions. Men’s hearts were turned to evil from their youth. Human nature was so much disfigured and corrupted, that God had decided that His Spirit will not rest amongst men, because of their sinfulness. With the Sacrifice, which was offered by Christ, all those who believe in His name, are no longer slaves, but His friends and co-heirs in His Heavenly Kingdom.
The presence of the Lord within the Orthodox Church is eternal. Emmanuel, the Son of God, the Son of the Ever-Virgin Mary, is within and remains within the Church and grants to all Orthodox faithful salvation till the ends of time.
How many times did not our Lord and Saviour Jesus Christ called the men of His time and still continues calling all men to accept His Teachings? The Feast Day of Christ’s Nativity has approached. How many of us have prepared accordingly to receive Christ within our hearts?
We all have been busy with the cleaning of our homes! We all ran to make our Christmas shopping’s, to prepare Christmas sweets, to buy new clothes and festival gifts! In all these, how many of us have prepared the inner part of our souls to receive the Heavenly Infant of Bethlehem? How many of us have turned our thoughts towards our brothers and sisters who truly have the need of our support? How many have forgiven those who trespassed against them? How many of us ran and participated in the Holy Sacrament of Confession and cleansed their souls from their daily sins?
But, my beloved brethren, how many families also cry and suffer during these holy days, because many gamble? Men, who worked throughout the year, in few moments gamble and find themselves penniless, unable to buy even the basic food for their homes? And, for all these problems the reasons rely in the passion of wanting to win more and more money. Greed blinds their thoughts and enslaves their hearts, with the hope of a quick way of becoming rich. How great pain we cause to the Infant Christ during these days. When instead of going to the Church, we prefer to stay at home or at the casino?
Christ is born in the hearts of men, when we open our hearts to Him and invite Him with true faith and love. Christ is born and man is reborn.
Beloved, on the occasion of the coming great feast of the Incarnation of the Son and Word of God, let us decorate our souls with true faith and good deeds, in order that Emmanuel will dwell within our personal life and we become the living temples of His love. Amen.
στις 10:53