Is the Holy Bible the ONLY source of faith? 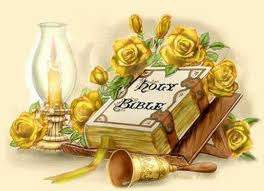 Recently, we had extended an invitation to Protestants everywhere. We had dared them to show us AT LEAST ONE VERSE OF THE HOLY BIBLE that says we should accept only the Holy Bible as the source of faith.

In reply, we received the following verses, which we studied appropriately, and are submitting them here, for all those who might be interested.

As any logical person can see, none of these verses responds to our invitation.

Those who uphold the Protestant viewpoint that we are supposedly obliged to accept “ONLY” the Holy Bible as the Word of God and nothing else, have –in their desperate attempt to prove the unproveable- quoted a multitude of verses, which, however, say nothing of the sort. As the reader will observe, these are verses that are entirely irrelevant to the whole of the Holy Bible and are being used in a desperate attempt, for lack of other verses.

Further down, we shall submit a few of them, in the hope that Protestants will rethink matters seriously, and realize that their faith is entirely groundless, and definitely not Christian.

Revelations 22/XXII “…to the prophecy of this book if anyone adds anything, God shall add upon him afflictions…. And if anyone removes something from the book of this prophecy, God shall remove….. from the tree of life…”

The reference here is ONLY to the prophetic book of Revelations. If it was referring to the entire Holy Bible, then we shouldn’t be accepting the last epistles by John, because they were written later than the Revelations! Neither do the other writings add to the Holy Bible, as they comprise independent texts and they do not make any such assertions.

Deuteronomy 12/XII 32: “Everything that I command you to do, make sure that you do it; you shall not add to it, nor remove anything from it” 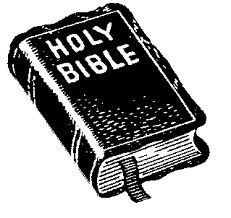 Whoever accepts ONLY the Holy Bible as the source of faith is opposing this verse, because it means they are removing the rest of Holy Tradition from the Word of God.

Deuteronomy 17/XVII 18 - 20: “...he shall write for himself a copy of this law, in a book……and he shall read from it every day of his life…. to guard all of the words of this law and these commandments, so that he may enforce them…. and not stray from these commandments to the right or the left…”

Here, reference is made to a small fragment of the Holy Bible, namely, the Law. Nowhere does it say that no other books are to be written within the Holy Bible later on, or even outside of the Bible. If this verse was confined “only to the Law”, then the New Testament never should have been written! And if this verse is not restrictive to the New Testament, it is equally not restrictive for the remaining, Divinely inspired Holy Tradition!

We therefore ask those who use this verse “without straying from the law” (meaning the Law of Moses): Do they uphold the Sabbath as foreseen by the Law, or do they perhaps “stray from it”? Are they still “under guardianship”? (Galatians, 4/IV 1-9)

Deuteronomy 5/V 32: “You shall therefore take care that you do as the Lord your God commanded you. You shall not stray to the right, or to the left”.

The same also applies here as in the previous reply, where the verse commands a precise compliance with God’s commandments in the Mosaic Law. If someone wishes to apply it to the Holy Bible, then it should be applied to the Divinely inspired Holy Tradition, both written and spoken. (Thessalonians II, 2/II 15)

Deuteronomy 4/IV 2: “You shall not add to the word that I command you, nor shall you deduct from it, so that you might guard the commandments of the Lord your God, which I command you”

Here also, Moses warns the Israelites not to add or deduct anything form the Law that he delivered to them.

We wonder, if the numerous other books that were added in the Holy Bible at a later time are not considered “additions” and foreign to the Law, why should the remaining Holy Tradition be considered so?

Contrary to this verse, some people add their own viewpoint, by saying that it is referring to the Holy Bible, whereas the verse does not say anywhere that the “Word of God is only the Holy Bible”.

The word of God is many more things than a single book, even a Divinely inspired one. The word of God has been recorded by the Church in a multitude of writings besides the Holy Bible, which makes “liars” of all those who wish to confine it to the Holy Bible. The verse says “every word of the Lord” – something that obliges them to accept it from other sources also, which the Church has delivered to us, even outside the Holy Bible.

John 15/XV 15: “... and I have considered you as friends, for I have made you familiar with everything that I heard from my Father”

Again, this verse doesn’t say that EVERYTHING Jesus heard from His Father has been written in the Holy Bible. On the contrary, John himself in the last verse (John 21/XXI 25), says that: “There are many other things that Jesus did, which, if written down one by one, there would not be enough space in the world to hold the books that would be written.” So obviously, since the world cannot fit all those things that Jesus showed us, there must be many more things other than the Holy Bible that should be accepted by those who claim to be Jesus’ “friends”, knowing how many things He must have to say to them.

Again, it doesn’t say that the word of God is only the Holy Bible. His word includes much more.

Galatians 10/X 6 - 10: “ I wonder, at how you so speedily move from the one who called to you in the grace of Christ, to another gospel…. those who upset you and meaning to turn about the gospel of Christ. But even if we, or an angel from heaven, preaches to you the gospel different to how we preach it, let it be an anathema ….if anyone preaches to you differently than what was received by you, le it be an anathema”

It is admirable, how they who adulterate the Gospel, (in their desire to limit it to only one, Divinely inspired book – the Holy Bible), use this verse for true Christians, who embrace the entire word of God, and every spoken or written Divinely inspired Tradition that contains various aspects of the Gospel of Christ.

These people teach a warped Gospel, inasmuch as THE GOSPEL is ONLY the Holy Bible and that we should not accept anything else outside of it! Even if the Holy Bible says no such thing anywhere! This false Gospel has led confessed Christians to become faithful to the letter and not to the Spirit!

And they are so short-sighted, that even though they use this verse of Galatians, they do not read further down, where the Apostle Paul writes exactly those things against the people of the letter, who adhere ONLY to the Holy Bible (=the written Law), abandoning the Spiritual meaning of the words that are contained therein: (2/II 16): “for no flesh shall be vindicated by its enactment of the law…” (3/IIIγ΄ 3): “..are you so foolish, that having commenced in the Spirit you are now actuating in the flesh?”

So, those who say that “We don’t accept anything else apart from the Bible” should understand at last, that the Holy bible itself condemns them, because the Christian Gospel is not the Holy Bible, but the “life in the Holy Spirit, and salvation through Jesus Christ”. And the Holy Bible speaks of this.

Colossians 2/II 8, 16 - 18: “See that no-one of you is the one who misguides through any philosophy and empty deception against the traditions of men according to worldly evidence and not according to Christ… therefore let no-one judge you in eating and drinking or during a feast or a new month or any Sabbath…”

With this verse, they are obviously attempting to offend the Holy Tradition of the Church. But this verse actually turns against them, as it speaks of “human tradition”, while we accept the spoken and written tradition of the Apostles, which is Divinely inspired. (Thessalonians II, 2/II 15). In fact, verse 16 becomes very specific, that it is referring to those who uphold the law of Moses on “eating and drinking or during a feast or a new month or any Sabbath”. In other words, it speaks against those who abandon the Spirit and become attached to the letter of the Mosaic Law, by upholding the Sabbaths and feasts, and abstaining from certain food according to the Law. We are of course referring to the Law that verses of Deuteronomy 12/XII 32, 17/XVII 18 - 20, 5/V 32, 4/IV 2 specify that we should not stray from these commandments of God, and that nothing should be added or deducted from these! These are the verses that we explained at the beginning, and which they provide as proof that we should accept only those that are mentioned there! But here, the Apostle (in the same verse that they mention) says that all these things of the Law are traditions that are not binding for Christians! So obviously, these people must re-examine what these verses mean!

Titus 1/I 9: “ upholding the faithful word as you were taught, so that you be strong or comforting during healthy preaching, and reprimand those who contradict”.

Once again, it doesn’t say here that the “faithful word” is ONLY the Holy Bible. On he contrary, (according to Christians), it refers here to the entire Holy Tradition.

Timothy II, 3/III 16,17: “Every Divinely inspired Scripture is also beneficial for teaching, for checking, for restoring, for educating in justice, so that the person of God be complete, and equipped for every good deed.” 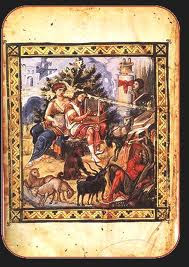 Timothy I, 4/IV 15 - 16, 6/VI 3 - 14: “ these you should study, in these you should stand, so that your diligence is evident to everyone. Keep for yourself also the teaching, persistently. In doing this, you save yourself as well as those who listen to you.” “If someone teaches other things and does not listen to the healthy words of our Lord Jesus Christ and the teachings of reverence…. falling sick over conversations… you must keep the commandment unblemished, irreproachable, until the epiphany of our Lord Jesus Christ”.

As any logical person can see, neither here is there any mention that we should accept ONLY the Holy Bible; in fact, it isn’t even talking about the Holy Bible. On the contrary, it talks of “words”, which directs us basically to spoken tradition, given that they were later recorded in a multitude of texts (including the Holy Bible).

Ephesians 2/II 19 - 22: “... being built upon the foundation of the apostles and prophets, whose cornerstone is Jesus Christ”.

Here it doesn’t even refer to writings a all, only to the building of the Church. But even if was referring to writings, the fact that something is built upon the foundation of the apostles, would prove that newer, divinely inspired books are also acceptable. 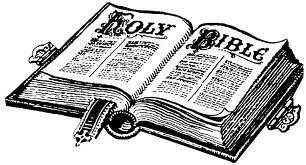 Acts 20/XX 28 - 31: “...and amongst you will arise men who will speak in perverting ways, in order to attract disciples to follow them… I did not cease to tearfully counsel them, one by one”.

Here he speaks against those pseudo-Christians who “perversely” say that we should accept only the Holy Bible and reject verbal tradition, which the apostle “tearfully” taught to a multitude of saints, personally.

This refers to a sermon, not the Holy Bible.
http://www.oodegr.com/english/ag_grafi/grafi3.htm
στις 11:44