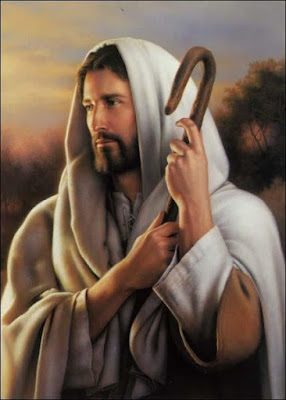 Jesus God and Man, the great Light of the world.

Beloved friends, today is the Sunday after Epiphany. The God-man Jesus, having been baptized by John in the Jordan River, the Holy Trinity was made manifest. He then left the Jordan and went to the desert which was close by and fasted for forty days and forty nights. He was then tempted by the devil whom He vanquished. The angels came and comforted Him. And so, very slowly, He began His public ministry, His work of salvation.
When He heard that John had been imprisoned by Herod Antipas, He left Judea and went to Galilee. Later, He also left His homeland of Nazareth and went to Capernaum, which was close to the Sea of Galilee and Capernaum thus became his second home. We all have need of a homeland, even Christ; we must love it and show our concern for it.
As Jesus Christ went to Capernaum and to Galilee, the Evangelist Matthew writes that: “…it was then that the prophecy of Isaiah was fulfilled that says that the lands which are near the Sea of Galilee and which extend past the Jordan, saw the great light, the light of Christ, while they were sitting in darkness – the darkness of idolatry, of impiety and delusion”. They saw Christ the “great light” and those who were living in the land of sin and spiritual death, saw and experienced the Light of the Lord.
Today is the Sunday after Epiphany and this is why the Holy Gospel mentions all these wonderful things. Christ shone as a “great light” both in Galilee as well as in the entire Universe. And so Christ began His great preaching, saying exactly what St John the Baptizer had said: “Repent, for the kingdom of heaven is at hand”. In this way He confirmed that John was His Forerunner, the beginning of His Gospel.
The Lord begins with repentance. Repentance is the change in us – the change in outlook, change in life, a change of direction and a switch in our lives. Repentance is also the awakening of love in our souls and the giving of it not to idols, not to darkness, not even to our evil selves, but to Jesus Chris, our first and last love, to Him who “loved us to the end” and is the Alpha and the Omega, the beginning and the end of our lives.
“He also told them that the Kingdom of God is at hand”. The Kingdom of God is not a material kingdom as the Jews thought and expected it to be. Rather it was spiritual. The Kingdom of God is Christ Himself, so let us love Him, let us stay close to Him, let us always seek His light of salvation and feel that He is ours. Let us also always know one thing: that we are only passing through here on the way to His Kingdom, His Paradise.