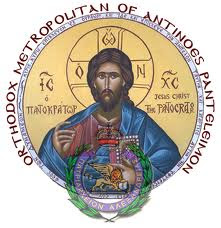 By   His Eminence Metropolitan Panteleimon of Antinoes
“Herod seeks to kill the Child”
The events which followed the Nativity of our Lord, as these appeared in the Holy Gospel of St. Matthew, describe the path which the Messiah will follow in His worldly life. The new born Infant of Bethlehem experienced, right from the beginning, the hatred of men and that of the rulers of this world.  The events which were realized by Herod the King, confirm the truth of the above words as these are witnessed by the historians of that period.
Christ’s appearance in the world created new and true ways of life for man, which directs him to the one path which offers him salvation, meeting the descending Love of God. It is a progress which all the demonic powers are crushed and man is able to embrace the authentic messages which the Divine Infant of Bethlehem sends.
It might seem that Satan’s power still rules over mankind, with all its consequences; but, its prevalence is deceptive and temporary. And this takes place because in history the divine work of salvation is realized and no one is able to prevent it or cancel it. Neither, Herod’s inhumanity and aggressiveness which were revealed with the slaughtering of the innocent infants at Bethlehem and the surrounding region weren’t able to cancel the work of the new born Messiah Who was under the protected Providence of God.


Within the Divine Plan nothing is accidental. Everything has its meaning and purpose. Everything reveals that God’s Providence is that which guides all things in life and doesn’t allow the evil forces to prevail upon man and to lead him to destruction and death. God’s Providence protected the Divine Infant from the threatening madness of a worldly ruler and guides it to a safe place and notifies it for its safe return to its country.  What else is revealed, rather than the assurance of the above. The sings of the mighty Divine Providence are great, so that no doubts have place.
Each and every one of us personally, from his own experience in life, must have noticed many times the presence of the Divine Providence, which is revealed whenever and wherever. It is that which guides our steps in life and offers us the most secure protection. Even through events which scatter sorrows in life, the beneficial presence of the Divine Providence consist a mighty guarantee concerning the path which we should follow.
Beloved brethren, the events which are described in today’s Gospel leave no doubt that man should walk with optimism towards the future. Although evil, hatred and madness seem to prevail in man’s history, yet, that which remains is the power of true love. The power of love is great, because it has as its foundation the Incarnated Son and Word of God the Father, our Lord and Savior Jesus Christ.
The event that God the Word takes up all the human nature and becomes man, reveals not only the greatness of God’s Love and Philanthropia, but also the destruction of Satan’s evil powers.
Let us embrace this message of salvation through the new morals which are revealed in the Manger of Bethlehem.
στις 22:03