The Student that Met God through Elder Paisios 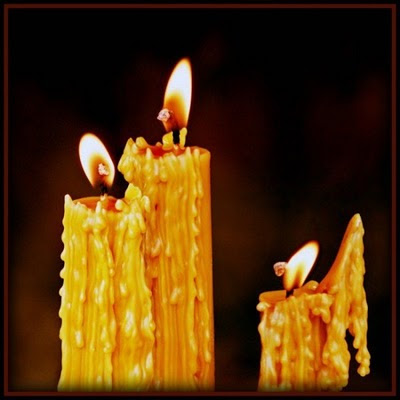 Several years ago a young student approached me. Very hesitantly but in the strength of a demanding seeker, he told me he was an atheist but would really like to believe, but he couldn't. He was trying and seeking for years with no result. He talked to professors and educated people, but his thirst for something serious was not satisfied. He heard about me and decided to share with me his existential need. He asked me for scientific proof of God's existence. “Are you familiar with integrals or differential equations?” I asked. “Unfortunately not”, he replied, “I study philosophy”. “That's unfortunate, because I knew one such a proof” I said, obviously joking.

He felt awkward and remained silent for a little while. “Look”, I said, “I'm sorry for teasing you a bit, but God is not an equation or a mathematical proof. If He were such, then all educated people would believe in Him. You should know that God is approached in a different way. Have you ever been to Mount Athos? Have you ever met an ascetic?” “No father, but I am thinking about going. I've heard so much! If you tell me, I can even go tomorrow! Do you know any educated person whom I can go meet?” “What do you prefer? An educated man who is able to dizzy you or a saint who is able to wake you up?” “I prefer the educated man. I am afraid of saints”. “Faith is a matter of the heart. Why don't you try a saint. What is your name?” I asked. “Gabriel” he answered. I sent him to an ascetic. I told him how to get onto Athos and gave him appropriate directions. We even made a map. “Go” I said, “and ask the same thing: I am an atheist, say to him, and I want to... believe. I want proof of God's existence”.

“I am afraid, I am shy”, he replied. “Why are you shy and afraid of a saint and are not shy and afraid of me?” I asked. “Simply go and ask the same thing”. A few days later, he went to meet the ascetic and found him talking with a young man in his yard. On the opposite side, another four people sat on some logs. Gabriel timidly found a seat among them. No more than ten minutes passed by when the elder's discussion with the young man ended.

“How are you lads?” he asked. “have you treated yourselves to any sweets? Have you had some water?” “Thank you elder”, they answered in an agreeable worldly politeness. “Come here”, he says addressing Gabriel and differentiating him from the others. “I'll bring water and you bring the box with the sweets. And come closer so that I can tell you a secret: It is alright for someone to be an atheist, but to have the name of an angel and be an atheist? This is the first time we've seen something like this”.

Our friend nearly had a heart attack from the sudden revelation. How did he know his name? Who told him his problem? What did the elder actually want to tell him? “Father, may I talk to you for a while?” being hardly able to murmur. “Look, now, it is almost dusk. Take a sweet, drink some water and go to the closest monastery to spend the night”.

“Father, I would like to talk, can't we?” “What'll we talk about, my chap? For the reason you're here?” “To this question I immediately felt my breath opening up”, the youth later narrated, “my heart overfilling with faith, my inner world warming up, my questions answered without any logical argument, without any discussion, without the existence of a clear answer.

“Automatically all 'ifs' were shattered inside of me, the 'whys', the 'maybes', and the only thing remaining from now on was 'how' and 'what'”. Whatever the thoughts of the educated did not give him, the kind hint of a saint gave him, one who's schooling reached only the fourth grade. Saints are most discerning. They operate on you without anesthesia and you don't feel pain. They give you a transplant without opening up your belly. They elevate you to inaccessible peaks without using ladders of worldly logic. They implant faith in you, without tiring your mind...