China wonder.SouthWest of Kunming in Yunnan

A place in south west of Kunming, Capital city of Yunnan Province. Because of remoteness and lack of infra structure and lodging etc. This place is not listed in the tourist map of China.

The red land of the eastern river is a place where one almost can not find in China's tourist maps. Even if there is, it has only a few words to introduce it.

It is located in the southwestern part of KUNMING, 2600 ft. above sea level, a remote area.
Because of its lack of infrastructure, transportation problem, inadequate lodging facilities.
ordinary travel agency would not think of going there.
Even the people living there are not so aware or familiar with its existing beauty.
But for those who have seen the pictures of the Red land , no one can resist being attracted to its beautiful scenery! Just like a painting of a great magnificent landscape. 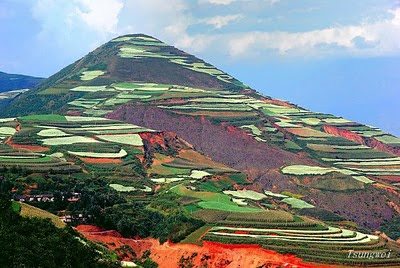 Because the soil contains such components as oxidized Iron, etc kind of metallic minerals. after a long period of oxidation , gradually added and mixed in the soil that produced this extra-ordinary reddish brown soil.

Here in this place, Mountains and hills , every inch of land are cultivated and planted to the maximum by the inhabitants, Consequently causing unwanted damage to the place... erosion.

Just like Taiwan, How long could this magnificent phenomenon exist? We do not know. That's why there is an advocacy of returning to forestry. 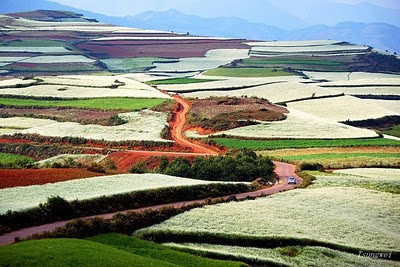 Excursion is the soul's relaxation and banquet. 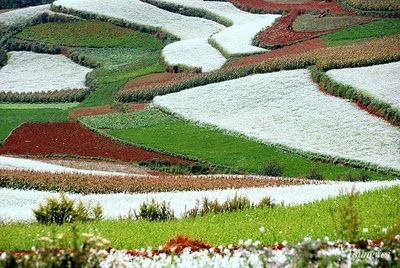 Crops on the Red Land such as ; potatoes, oats, corn, oil flower vegetables, Different color crops so arranged ,when looking from afar it seems like God painted them on a cloth so full of gorgeous color.
Each family was distributed with different size and shape of land, Each has its own preference kinds of crops. That caused and produced this beautiful pieces of colors. During harvest time, the soil is shoveled up and makes this unusually red color. 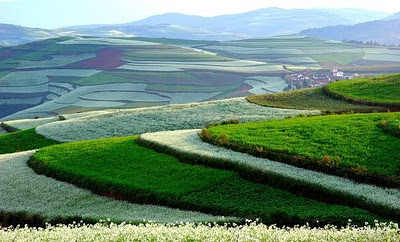 In September , white color oil flowers are in bloom on the whole mountain, It is a pity they covered up the beautiful red color. The best time for sightseeing tour is middle of November . 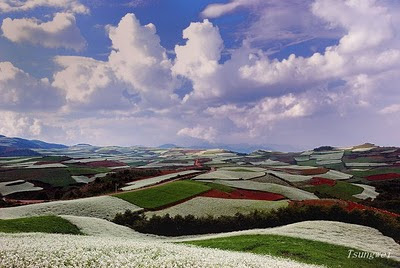 The whole mountain is like covering with a beautiful colored cloth. How I wish to lie down enjoying the breeze and looking at the ever-changing clouds in the sky. 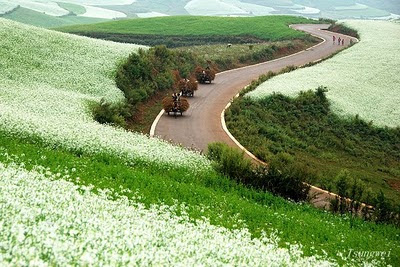 Early in the morning, donkey-ridden cart full of harvest transporting to the town, while a few of the children walking toward the different direction to school. 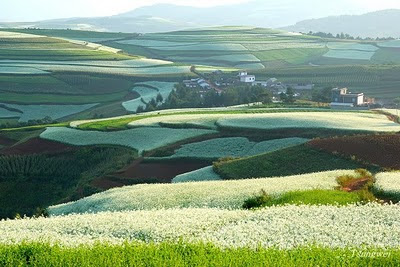 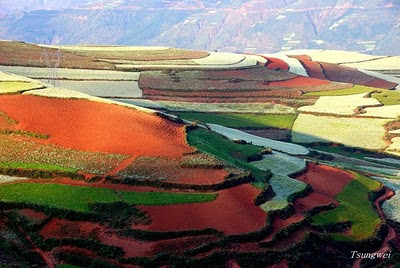 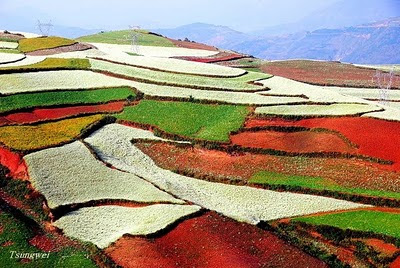 Just like a mixing colors plate so bright and splendid. 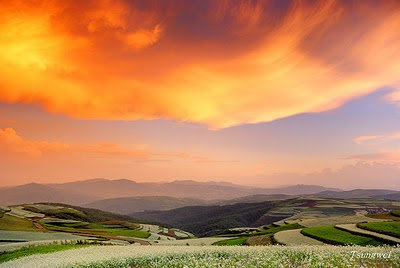 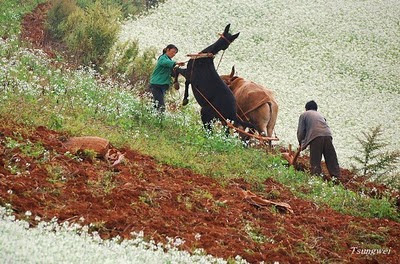 Bad temper donkey did not want to work with the bull , such uncoordinated working force., This is the first time I saw such kind of farming method and wondered why.

The poorer farmer used horse to take the place of donkey. later I knew that since different kinds of animals had different temperaments , they were used together to control each other. If one of them refused to move, the other one would force it .
.
That is to increase production . I think such ancient method could only be seen here only. 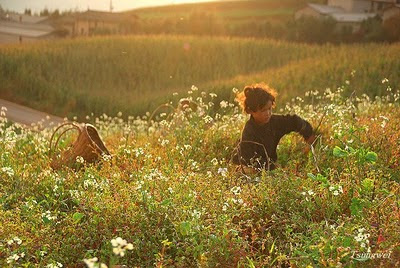 Clear sky with a rainbow after the rain. 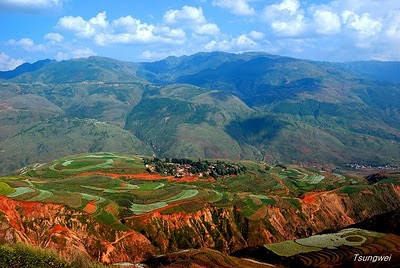 This hollowed place is the most distinct part of the land. Later , in order to promote tourism it was named
Lexiaguo ( meaning--- the place where beautiful colors set) 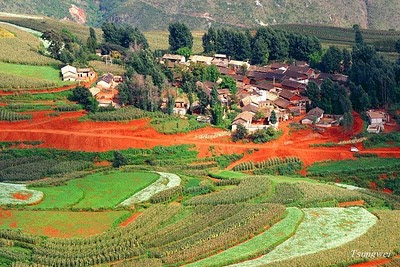 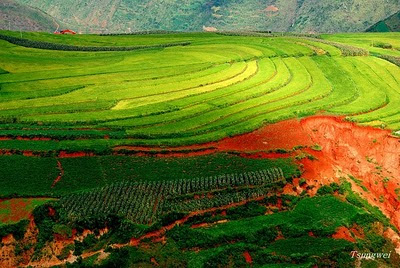 Lexiaguo is full of crops that its curves and lines were made so beautiful by the sunlight. 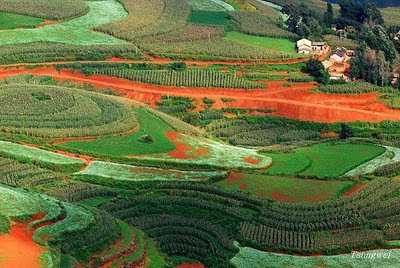 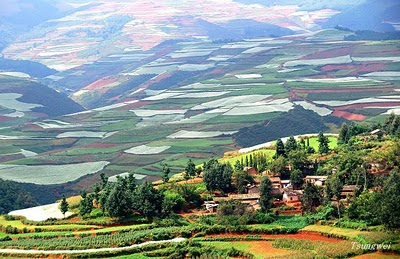 Email ThisBlogThis!Share to TwitterShare to FacebookShare to Pinterest
Ετικέτες nature