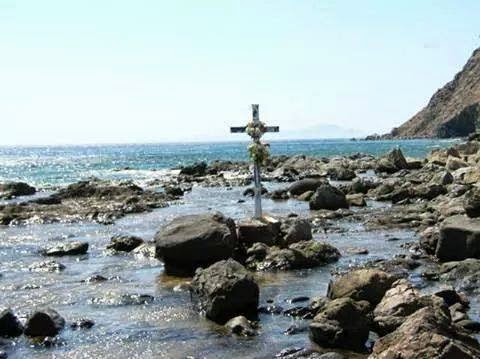 
Her mother died when she was very young, and she was brought up by her father. As she grew older, she grew in virtue and beauty. Her father conceived an illicit desire for her and made improper advances toward her, which troubled her so greatly that she fled her village and hid in the mountains. Her father pursued her, even wounding her with arrows in his effort to possess her. Finally she took refuge in a cloven rock. When her father found that he could not drag her from her refuge, he viciously dismembered her and threw her head into the sea. From the rock that had sheltered her a stream appeared, whose water had healing virtues. The holy Markella is especially venerated on Chios to this day. 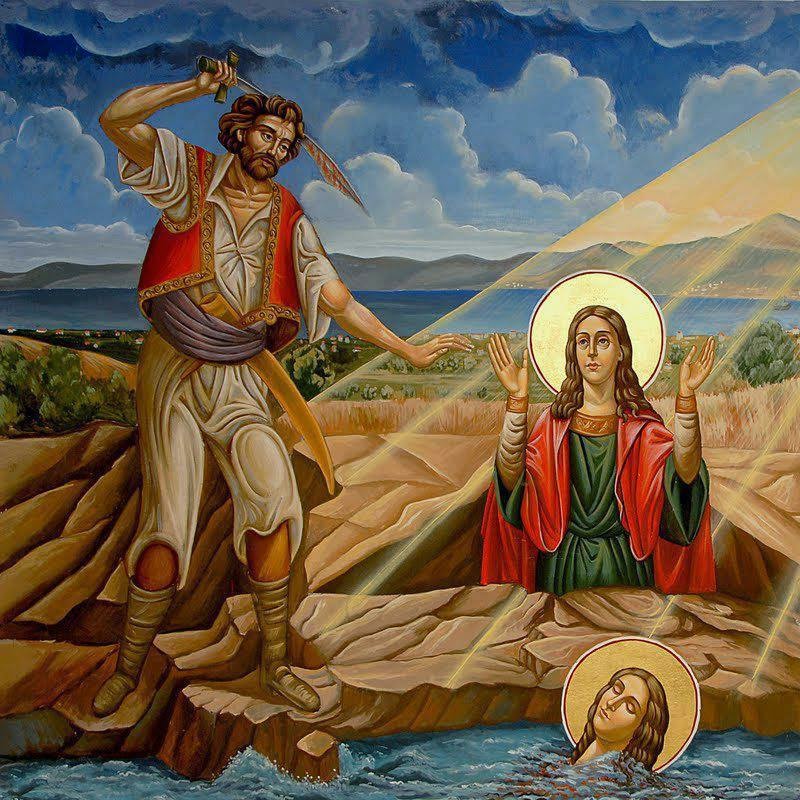