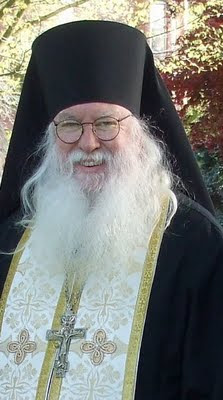 It was made clear to me, a few days ago, that I need to pay more attention to the fact that I'm getting older, and that I must be prepared, each and every day, to stand before the Lord, and make account of my life. I was sitting in a seafood restaurant, prior to a board meeting of an organization I belong to, having lunch with two friends.

Sitting in a restaurant on the waterfront in the city of Edmonds, Washington, I noticed two women sitting at a table near ours. One woman looked exceptionally old, and was laboring, quite slowly, to bring her spoon to her mouth. I was sitting, as I prefer to do, with my back to the window, with my two friends facing me from across the table. To my immediate right was an exit door, leading to the boardwalk outside the restaurant. The younger of the two women, upon the completion of their meal, pushed the older woman, who was in a wheelchair, past me, and was attempting to open the door. Seeing her struggle, I stood up, stepped forward, and asked to be of assistance. I opened the door, and as they were passing through, the younger woman announced that her mother was celebrating her 101st birthday. Hearing this, I leaned forward, taking the elderly woman's hands into mine, and wished her a happy birthday. Being a gentleman, I told her that I would consider myself a lucky man, should I, when reaching 80, look as young as she, on her 101st birthday. The sweet woman looked into my face with a big smile, and said, "We're of the same generation, aren't we!" (I'm sixty-five.)

As I stepped back into the restaurant, my friend, Dr. Bakken commented on what a sweet old woman she was. When I told them what she's said about me, my friends broke up laughing. A moment later, the young waitress came to pour more coffee, and told us that the old woman I'd held the door open for, was celebrating her 101st birthday. Dr. Bakken said, "so is Father Tryphon."

Nothing like being mistaken for 101, to remind oneself of the necessity of being prepared for the Judgment Day.