The salvation of the soul 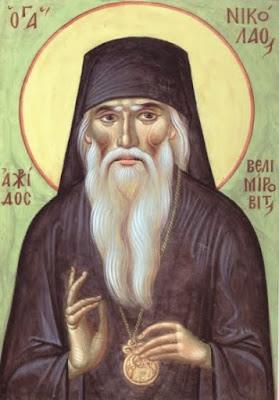 In a small town there once lived a very rich man. He lived in a small dilapidated house. He did not want to renovate his house, but saved and guarded his wealth.

Now this one night his house happened to catch fire and burn down. The man, however, jumped out of bed undressed, searched out his saved-up treasure, and leapt out of the house. His whole house was reduced to ashes, but he did not feel sorry about it at all. Rather, with his wealth he moved to a large city, and in this large city he built a beautiful palace, and there he continued to live cheerfully and free from worry.

What does this story symbolize? The small town represents this world, in which men live as guests for a short time. The small dilapidated house represents man’s body, the home of man’s spirit. The rich man represents a sensible Christian, who has heard, understood, and laid up in his heart the words of Christ: “What does it help a man if he gains the whole world and loses his own soul?”

The great wealth of the rich man represents the rich soul of a sensible Christian, who labored for a whole lifetime to live according to the law of Christ and amass into his soul all those good works which shine more brightly than gold or silver or precious gems. That spiritual gold and silver, that great spiritual treasure is: faith and hope in God, love for God, prayerfulness, mercy, goodness, peace, brotherly love, humility and purity.

What does the burning down of the house represent? It represents bodily death. The unexpected fire in the night represents unexpected bodily death, of which no mortal knows the day or the hour. The awakening of the rich man from sleep at the moment of the fire and the moving to the large city represent the freeing of the soul from the body at the hour of death and the moving to the other world.

This story is clear and the moral is beautiful. Whoever has ears to hear, let him hear. Let no one place his hope in this transitory life, which passes as quickly as a cloud driven by the wind from Perister to Oblakov. Let no one take pride in his body, for every human body is a dilapidated house, which death will soon reduce to ashes.

But let every Christian man and woman ceaselessly take thought for their souls, for that unique treasure, which can save them from death and destruction. Whoever takes thought for his soul, listens to Christ’s words and carries out His holy commandments–the meek Christ helps such a man and helps him without ceasing. He watches over him as a mother over a child in a cradle. And He nourishes him and waters him day and night with His Holy Spirit. And He gives him a guardian angel to protect him in all the paths of life and to take away his soul at the hour of death and lead it into the Heavenly Kingdom.