Work is a blessing - Saint Paisios 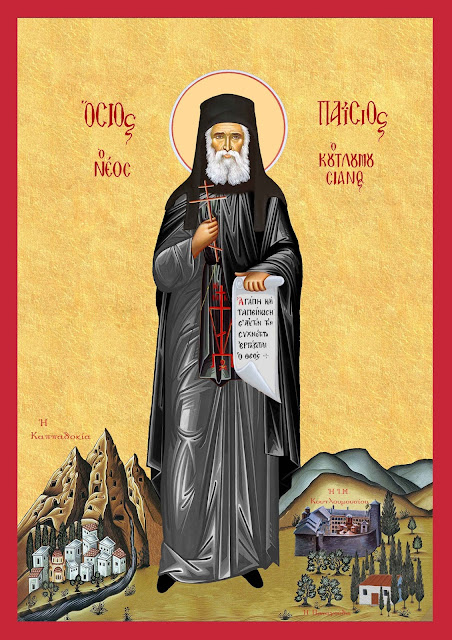 —Geronta, in the old days they would say, “Better to wear out your shoes rather than blankets.” What did they mean?
—They meant, “Better to wear out your shoes by working than to stay in bed and be lazy.” Work is a blessing, a gift of God. It gives energy to the body, refreshment to the nous. If God had not given us work, man would have become idle. Hard workers do not stop even in old age. If they stop working while they still have strength, they end up suffering from depression; this is death for them. I remember one little old man in Konitsa, almost ninety years old, who worked continuously. He finally died out in the fields, two hours from home.
Besides, the state of bodily comfort which some people seek is never permanent. They may forget their stress for a time—have their food, their sweets, their baths, their leisure. But, as soon as this is over, they seek another form of comfort. They are constantly anxious because everything leaves them wanting; they feel an emptiness, and their souls seek to be filled. He who wearies from work, however, has a constant joy, spiritual joy.
—Geronta, what if you have back problems and aren’t able to do just any work?
—Fine, but doesn’t the back need exercise? Doesn’t work that exercises the back help? Listen, I’ll tell you: “If someone eats, drinks, and sleeps but doesn’t work, he starts unravelling; he wants to sleep all the time because his body and nerves slacken. Little by little he comes to the point where he can’t do anything. As soon as he walks a little, he falls apart. Instead, if he works a little and moves around, his hands and feet become stronger. Notice that those who love work don’t sleep much, and they don’t sleep from fatigue—they might not get any sleep for a time, yet they keep their strength: work has seasoned them, and they became strong in body.
Especially for a young person, work is health. I have observed that some pampered children become tough and seasoned when they go into the military. The military is good for them. Naturally, this happened more in the old days. Today they are afraid to push the soldiers, because with a little strain the veins are constricted and they suffer from nervous shock. I tell parents to pay someone to allow their children to work for them, to promote their health—this serves to give them a job they like, so that they will learn to like work in general. For, a young person who is energetic also has brains, and if he doesn’t work he will become lazy. Of course, when he sees others succeeding he is confused by his egoism and can’t take pleasure in anything. He constantly has disturbing thoughts and his mind is muddled. Later the devil goes to him and says: “Loser! What a good-for-nothing you are! So and so became a professor, and that other guy has his own business making good money, but where will you end up?” This makes him feel hopeless. If he had worked, however, he would have acquired confidence in himself, in a good sense of the word. He would see that even he is able to get along, and his mind would stay occupied on his job and free him from disturbing thoughts. That way it’s a win-win.