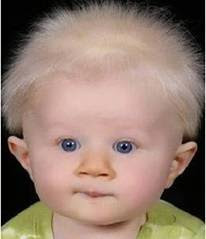 A nurse on the pediatric ward, before listening to the little ones chests,
would plug the stethoscope into their ears and let them listen to their own hearts.
Their eyes would always light up with awe, but she never got a response equal to four-year old David's comment.
Gently she tucked the stethoscope into his ears and placed the disk over his heart.
"Listen", she said..........."What do you suppose that is?"
He drew his eyebrows together in a puzzled line and looked up
as if lost in the mystery of the strange tap - tap - tapping deep in his chest.
Then his face broke out in a wondrous grin and he asked, "Is that Jesus knocking?"
στις 05:05